Hello, Brides! We carefully hand-picked 6 of our favorite wedding planning videos to help you keep your sanity while you plan the perfect day. This is 1st in the series and some are newer and some are older but the useful information we believe is timeless!

Watch the video but save this website because we transcribed the video to reference later.

We are LightMaster Studios dedicated to outstanding service, artistry and professionalism serving Pennsylvania, New Jersey, New York and beyond.

I’m Holly and today I’m going to tell you all about my experience finding THE ONE. In this case the wedding dress.

So honestly, I thought it was going to be super hard for me to choose the right style just because when I was little I would look through all those bridal magazines, and I liked everything every single style I was like,

Oh wait, that one’s better than the last one I love tulle, I love lace, I love the princess cut, the mermaid cut, long sleeves, short sleeves, strapless, you name it, I was into it. But surprisingly enough, it was super clear to me which dresses weren’t for me, and which dress was the one kind of like when I met Ben.

Here’s my first bit of advice for you would be to get a good idea of what styles you like at least on models, it’s going to be different when you get them on yourself, but definitely do your fair share flipping through magazines looking at wedding blogs Pinterest etc.

Take Note Of  Your Favorite Styles

After clicking around for quite a bit I realized that I love from Pronovias dresses even though they’re a little on the pricey side, I definitely wanted them sort of as an inspiration for when I went shopping for my actual dress, I ended up downloading the app and they allow you to save your favorite looks into my dressing room.

And if you go through them, you start noticing quite a trend quite a pattern, you see that the dresses I chose have lots and lots of lace no real embellishments other than the lace some beautiful tool is always a key factor, and definitely you can see that I love both the princess cut and the mermaid cut.

And obviously when you’re thinking about what kind of gown you want, you’re going to think about where you’re going to actually be getting married in our case is going to be on the beach.

This should play an important role but at the same time, it’s your dresses, your dress so if you want to be a princess on the beach, you go ahead and do that.

My next bit of advice would be to choose a good shop preferably near your house or somewhere in the vicinity that you can drive to, I do not think it’s a good idea ever to buy a wedding dress online.

So anyway I don’t even know why I thought about it, a temporary lapse in judgment, I probably just wanted to save money and spend it on food for the guests. So yes, you want to get yourself to a good shop.

Find a place that carries some of the designers that you like, definitely check out Yelp for reviews to see if the customer service is up to par. If it’s a place you’d like to spend time in, I think being able to see reviews by people we don’t even know is amazing and it’s something that we didn’t have 20 years back and it should help us give business to the businesses that deserve it.

Anyway through Yelp, I found several places that carried some of the designers I wanted to check out. And through the reviews, I was able to narrow it down to this place called Carboni vita. Most of these places are by appointment only so make sure that you do that and try to get a few girlfriends or family members to come along with you I think that’s super key, because not only do you want a second opinion this is all about the experience this is something that you’re going to do once in a lifetime and you want your friends there with you

Anyway through Yelp, I found several places that carried some of the designers I wanted to check out. And through the reviews, I was able to narrow it down to this place called Carboni vita.

Most of these places are by appointment only so make sure that you do that and try to get a few girlfriends or family members to come along with you I think that’s super key, because not only do you want a second opinion this is all about the experience this is something that you’re going to do once in a lifetime and you want your friends there with you

A few tips for the day of wear your hair the way that you’re planning on wearing it at the wedding just so that you can get the general feel of how you’re going to look,

And once you get there help the attendant help you! Give them as much information as you can about what you’re looking for the context of your wedding, how you envision yourself what textures you like just any information that can help them pick out the best selection for you to try on.

It’s kind of like when you go for a hair appointment one thing is saying chop my hair up and diet read another thing is showing them 2, 3, 4 or five pictures of exactly how you want it to look in the end.

Go Outside a Variety of Boxes

Next you’ll to get to wander through the store with your friends, picking out random dresses that catch your eye, invite them to pick one or two that they’d love to see you try on as well if you want the attendant usually will also pick a few dresses for you and definitely try them all on and here’s why.

For some reason, I was super anti strapless I told the attendant I don’t want to look sexy, I want to look pretty. And in my mind in that moment for some weird reason that meant I need straps or sleeves, so when she brought him a dress that was outside of the parameters that I had given her I didn’t even want to try it even though I thought it was absolutely gorgeous.

Just because I was scared I would look too sexy. Well guess what, that’s the dress that I ended up falling in love! So yeah go outside the little box that you’ve constructed for yourself, and you might be surprised. So as far as my experience, I went to this store per bonavita probably like two weeks after I got engaged just to get my feet wet just to see what else was out there, and how dresses looked at me since it’s something that I had never really done, and by never really done I mean, never done.

And as I was trying on the dresses, I was like, Okay, this looks nice on me This is cool. some of them were like, okay, that’s me in a white dress, whatever.

But when I tried on the dress that I ended up buying my entire face lit up I’m not even joking, and when I walked out of the dressing room I could swear there was a collective gasp, and I’m not trying to say like oh I looked so amazing I took their breath away. But I really feel like this dress was made for me, my friends were super sweet, it was their favorite as soon as they saw it on me but they didn’t tell me that until I had told them that I had chosen it.

I remember my friend Kristen letting out a sigh of relief and saying I really wanted to tell you but that was the one but I wanted you to choose.  At first, they were so sweet even the attendant was like, I want friends like that. Both of them are copywriters and every time I come out of the dressing room with a new dress on. They would describe it perfectly I remember at one point then being like, see that one’s more of a ceremony, but that other one is more of a celebration. I ended up going with the celebration.

All in all, when you’re budgeting I think it’s important to not just look at the price tag but to also add on, maybe 1000 more dollars that’s what I ended up paying, just for alterations taxes and the veil. Oh my goodness, the veil, when I was about 70% sure that I wanted my dress she put the veil on me, and it was done, it was over.

Anyway, I’m super excited to share all those moments with you guys, obviously in this video you’re not going to see my real dress, but you can get a little taste of what it was like to go through the whole process of trying to find it, and honestly I shouldn’t even say the whole process it took me like an hour, and I know it doesn’t happen that quickly for everyone if I haven’t tried on that dress that day, I would have had to keep searching for it too, so just know that when you find it, you’ll know.

Is that even comforting? I’m not sure. Anyway, thank you guys for joining me on this crazy journey and don’t forget to stay tuned for more video updates, all about my wedding. It’s just over a month away.

Let's Talk About Your Wedding Day!

Drop us a line today for a free quote! 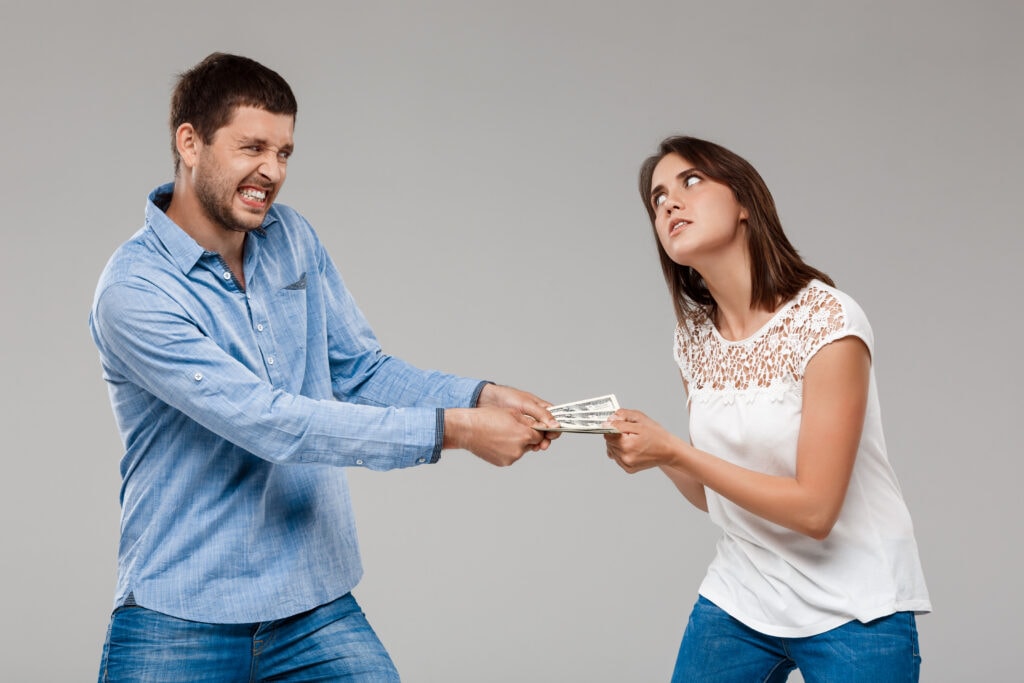 Save vs Splurge: Where to Keep Cost Down & Indulge on Your Wedding Budget

Save vs Splurge: Where to Keep Cost Down & Indulge on Your Wedding Budget One of the toughest things about... 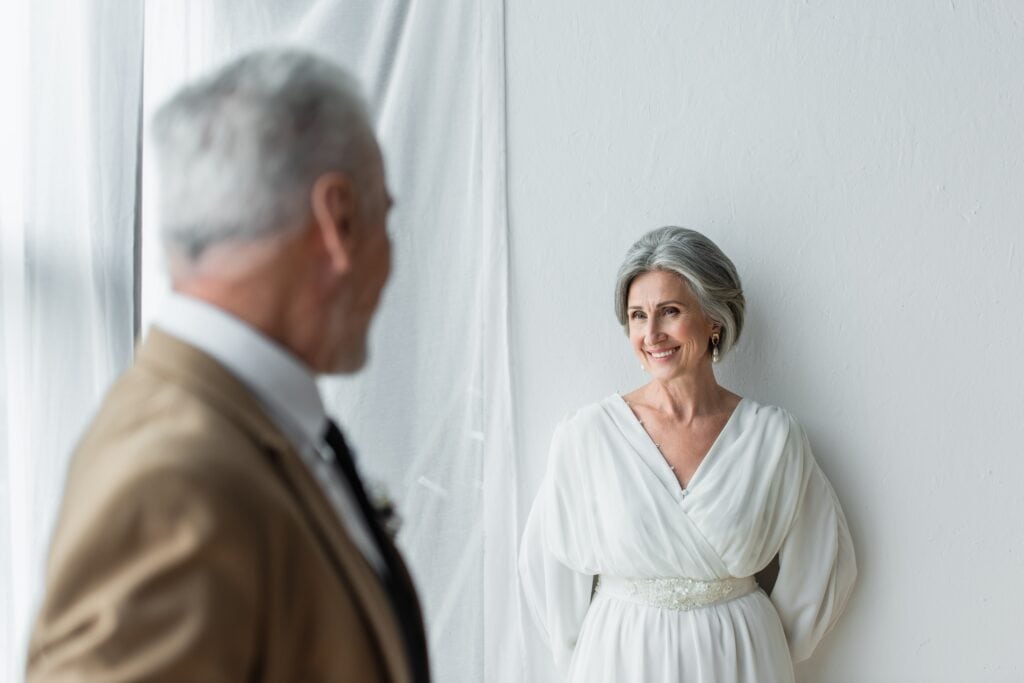 7 Super Practical Tips for Choosing A Second Marriage Wedding Dress Getting married for a second time has some huge... 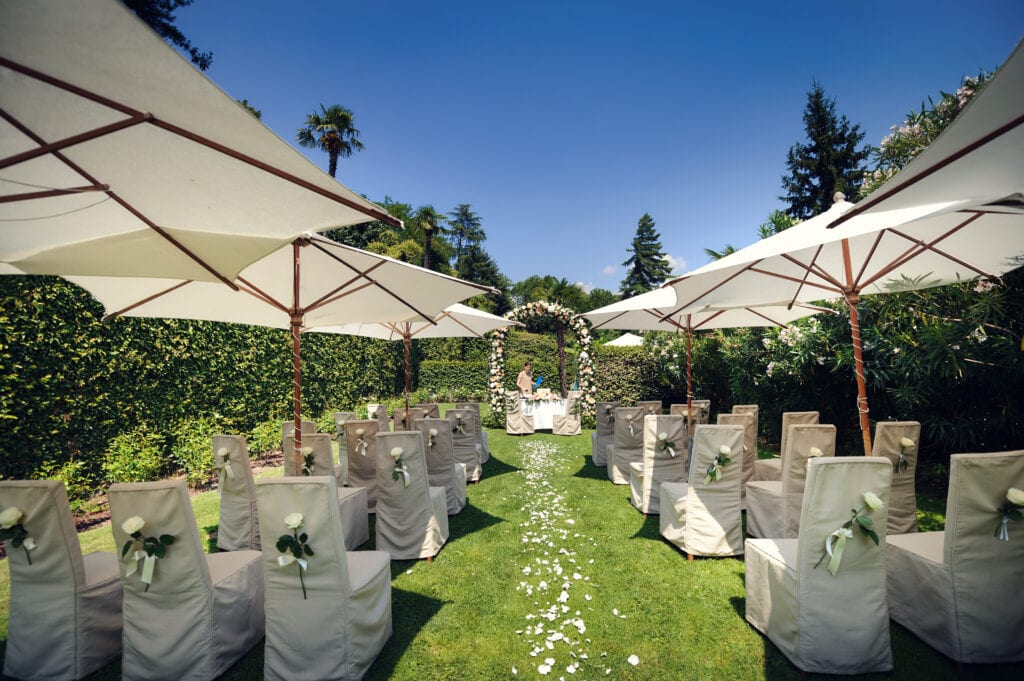 15 Practical and Absolutely Affordable Ideas For Alternative Wedding Venues  Your dream wedding can be anywhere you want it to... 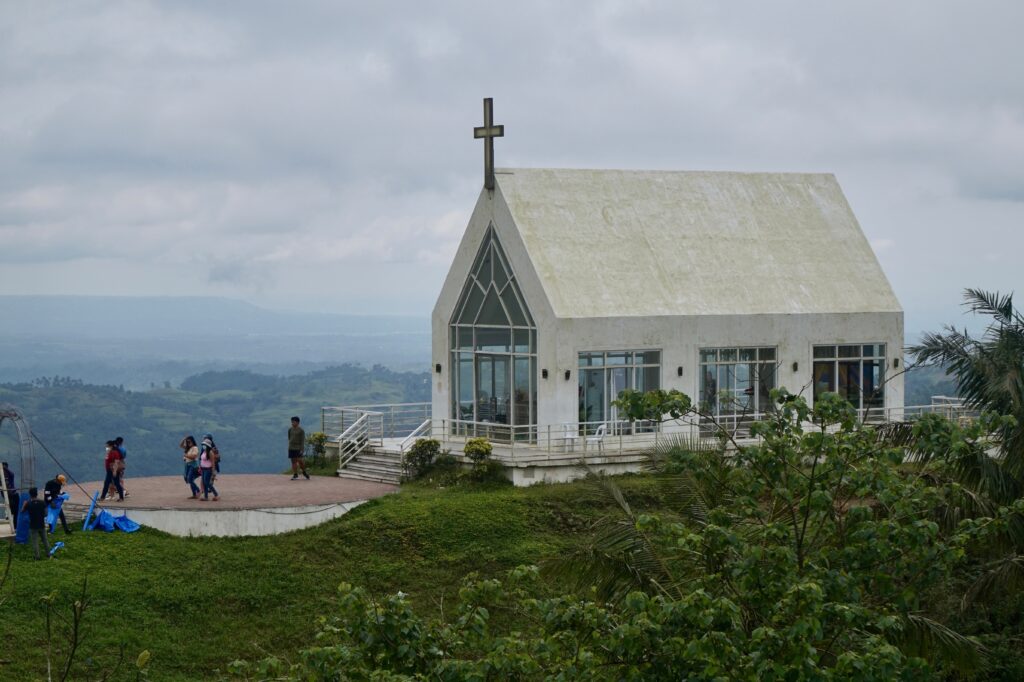 7 Reasons Why Small Wedding Venues Absolutely Shouldn't Be Overlooked When you envision your wedding day, you want everything to... 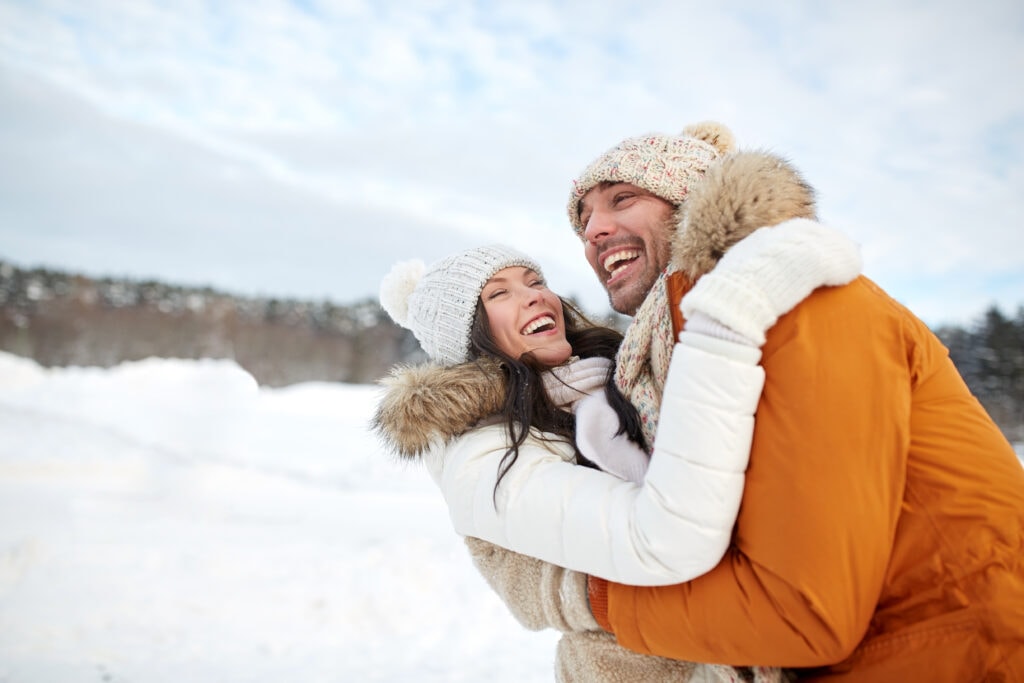 7 Tips For Your Winter Engagement Photos in the Poconos!

7 Tips For Your Winter Engagement Photos in the Poconos! "Get cozy with your honey this winter: Tips for the... 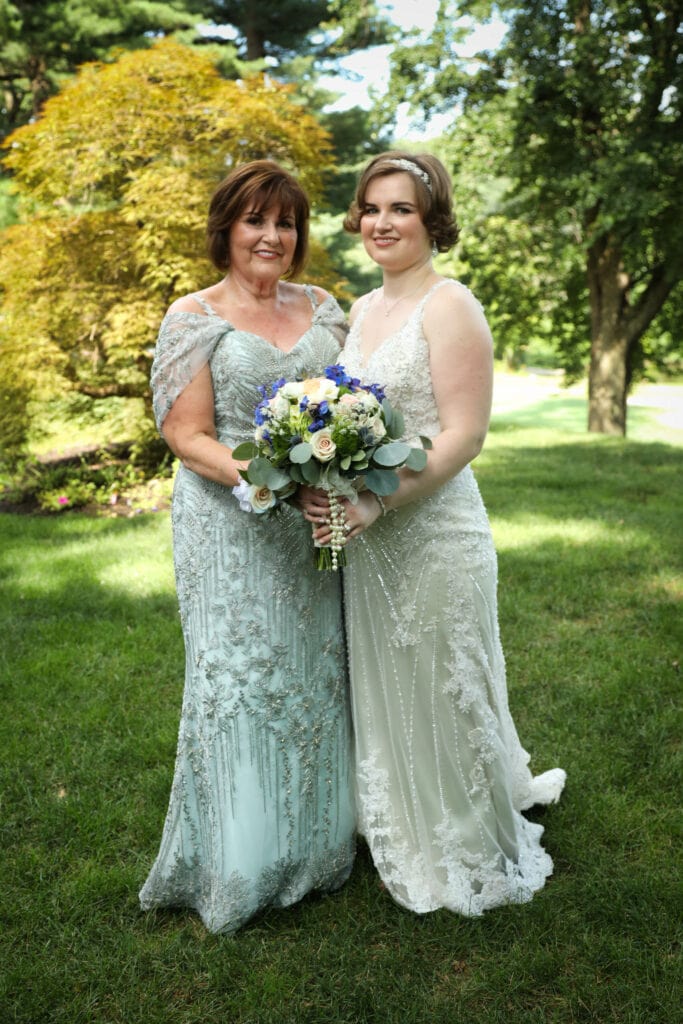 Choosing an Elegant Plus Size Mother of the Bride Dress – Updated

Choosing an Elegant Plus Size Mother of the Bride Dress  Finding a mother-of-the-bride dress that makes you feel elegant and... 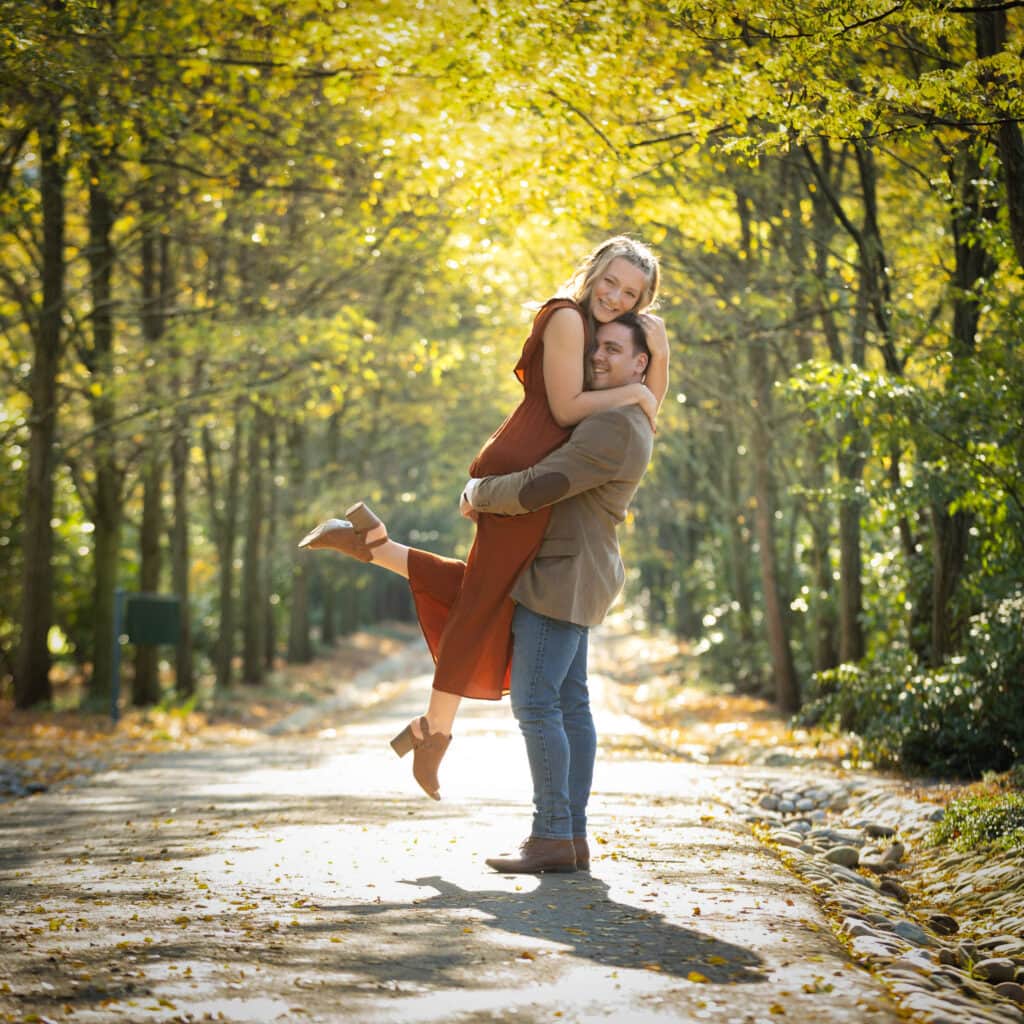 10 Ways to Feel and Look Great in Fall Engagement Photos

10 Ways to Feel and Look Great in Fall Engagement Photos  If you're thinking of taking fall engagement pictures, here... 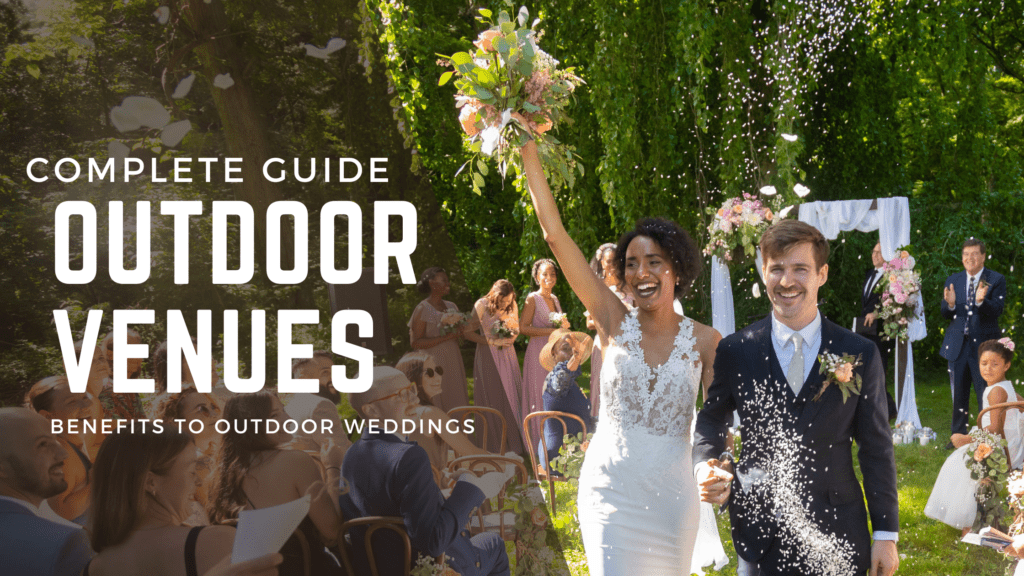 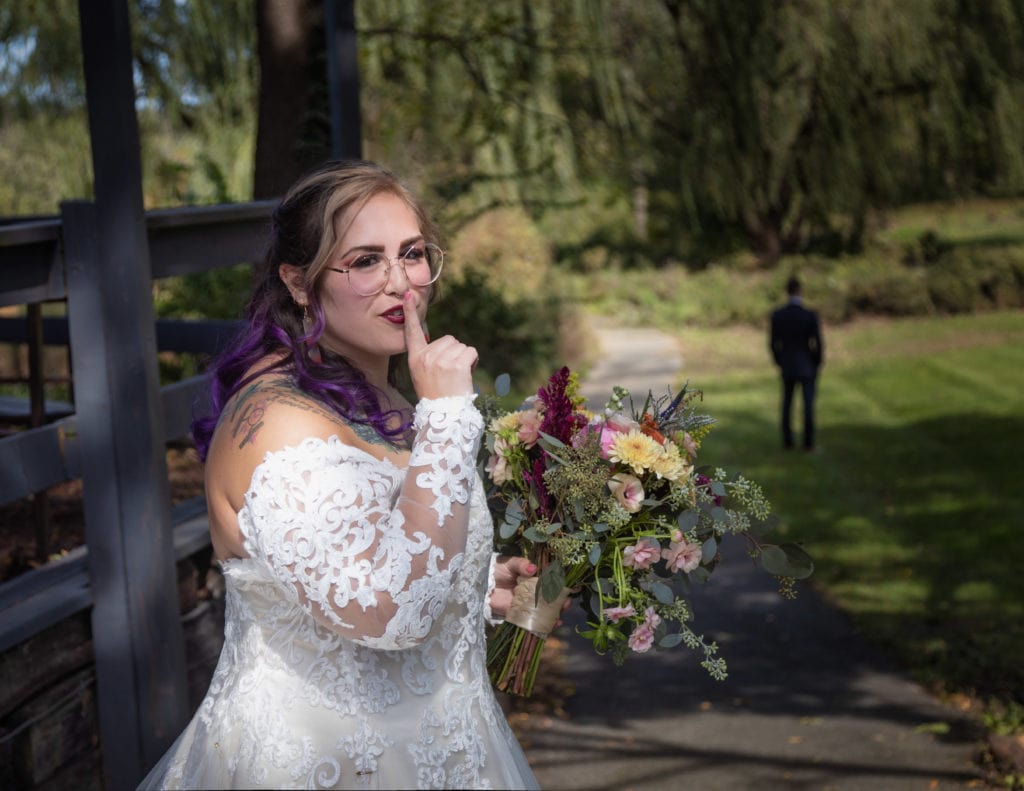 Choosing The Perfect Wedding Venue in 2023

Choosing the Perfect Wedding Venue in 2023 Photographer's Perspective to narrow down your dream wedding venue When choosing a venue,... 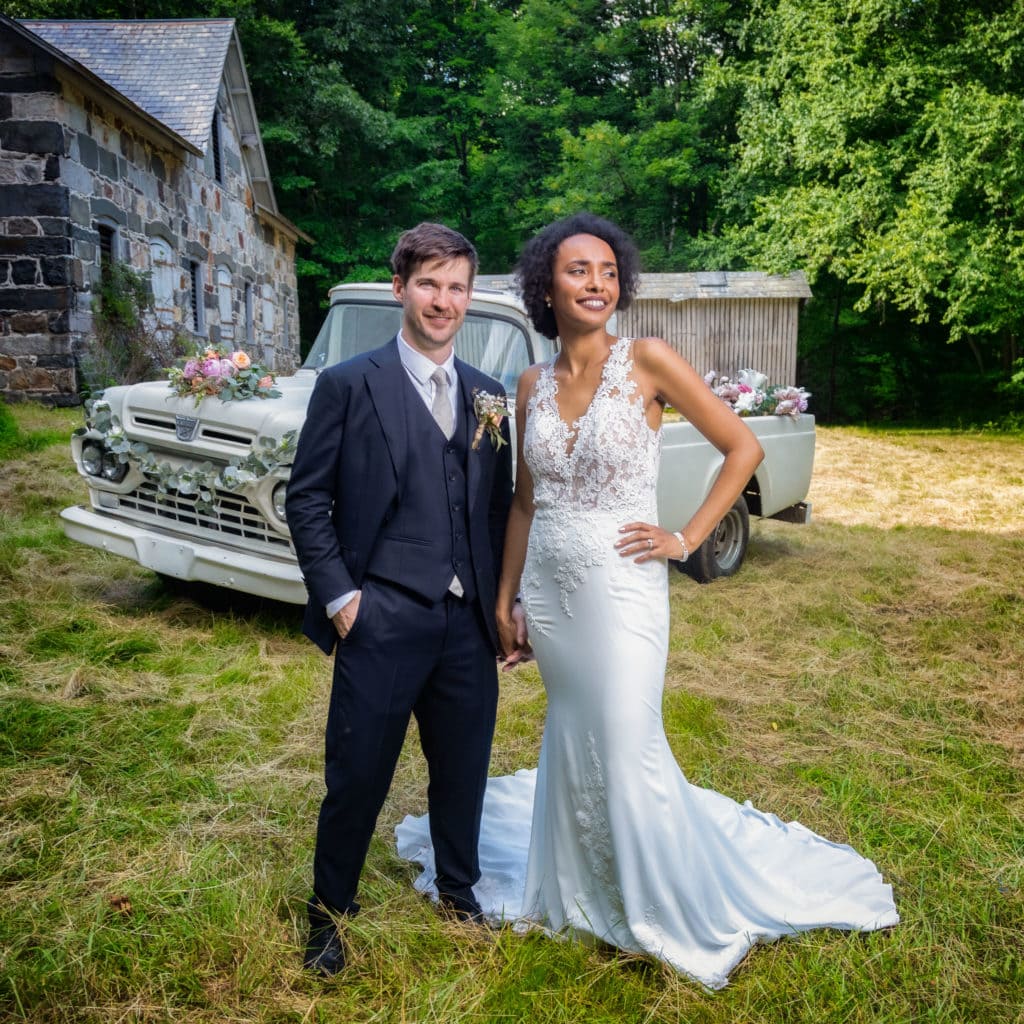